Dr. Joseph Brady grew up in Old Bridge NJ and attended Madison Central High School. He always kept active, both in the community and sports playing soccer, football, wrestling, baseball and track. He was a member of back to back state championship football teams that at one time were ranked eighth in the nation and also the state championship wrestling squad. He was also the senior class president.

Dr. Joe then attended Penn State University where he studied civil engineering before switching to exercise science to start his chiropractic career. While there he kept active with intramural sports such as football and wrestling. Then it was on to Life University, where he was a Dean’s list student while receiving his Doctor of Chiropractic degree in 2001.

After graduating, Dr. Joe moved back to NJ where he worked with and learned from some of the busiest Chiropractors in the world. After a couple of years of refining the science, art, and philosophy of Chiropractic, he originally opened Absolute Chiropractic & Wellness Center in East Brunswick NJ. Then in 2003 he moved to Pennsylvania to join one of the biggest chiropractic offices in the state. Over the next 11 years he helped open multiple offices adjusting over 200,000 patients! After 2 short years, Dr. Joe became clinic director of the Chambersburg office, which was twice voted the Best of Chambersburg by the readers of the Public Opinion. Then in 2014, Dr. Joe took the opportunity to become the owner of the Chambersburg location that he had directed for 9 years.

In over a decade of service, Dr. Joe has had the privilege to help many individuals and families. His patients range in age from 1 hour to 97 years old. He is trained in multiple Chiropractic techniques and is 1 of about 20 Chiropractors in Pennsylvania to be a Certified Chiropractic Extremity Practitioner.

Currently, Dr. Joe lives in Chambersburg, with his wife Kristin, daughter Kaitlyn, son Bryce, and the family dog Leo. When not in the office, you can find Dr. Joe spending time with his family or in Walt Disney World. Unless it is college football season, in which case you can find him either watching or attending Penn State games. 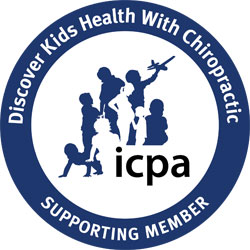